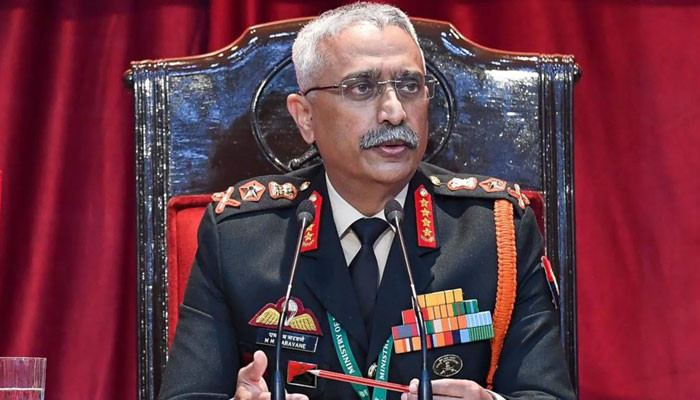 Indian Military chief Basic Manoj Mukund Naravane has mentioned that the observance of a ceasefire alongside the Line of Management by the Pakistani and Indian militaries is step one in direction of enchancment of ties between the 2 nations.

“This is step one on the lengthy street to normalisation of ties between the 2 nations, Gen Naravane mentioned.

He mentioned that India “would love the ceasefire to proceed”.

The Indian military chief acknowledged that the transfer has “undoubtedly led to an enchancment within the safety scenario and benefited civilians residing in ahead areas”.

The ceasefire was introduced in February after the director-generals of navy operations of India and Pakistan reviewed the scenario alongside the Line of Management and all different sectors in a “free, frank and cordial ambiance,” in accordance with the Inter-Providers Public Relations (ISPR).

The 2 DGs of navy operations made hotline contact within the curiosity of attaining “mutually helpful and sustainable peace”, the ISPR assertion learn.

It mentioned they agreed to deal with one another’s core points and issues which have the propensity to disturb peace and result in violence.

Each side agreed for strict observance of all agreements, understandings and stop firing alongside the LOC and all different sectors, with impact from midnight 24/25 February 21.

It was reiterated by Pakistan and India that current mechanisms of hotline contact and border flag conferences can be utilised to resolve any unexpected scenario or misunderstanding.

The assertion was thought-about an try by each nations to stick to the ceasefire on the LoC that was agreed in 2003.

The 2003 ceasefire settlement had three details.

There was a spike in ceasefire violations alongside the LoC from 2014, he mentioned.

He mentioned each DGsMO have agreed that the prevailing 2003 settlement must be carried out in letter and spirit.