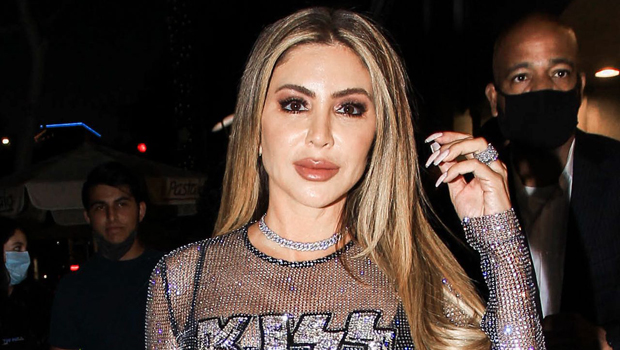 Larsa Pippen confirmed off her image good pout in a brand new video she shared to her Instagram account! Check out the put up that the truth TV character posted to social media.

Larsa Pippen has severely been serving on Instagram as of late, and her newest put up was simply nearly as good as those that got here earlier than! The Real Housewives of Miami alum, 46, took to the social media platform on Thursday, June 24 and shared a sassy little clip of herself. Within the footage, Larsa was completely decked out in a inexperienced, snakeskin ensemble and had her full hair and make-up accomplished. Simply have a look a the put up beneath!

The clip additionally featured Larsa tussling her stunning blonde locks and eyeing up the digital camera. Larsa’s eyes had been completely accomplished with daring eyeshadow and mascara. In fact, the principle focus of the video clip had been Larsa’s plump lips. Larsa even blew her followers a kiss through the video, which her admirers went loopy over. “Lips look larger,” one fan observed of Larsa’s plumper lips.

One fan even wrote that they “wanna seem like her,” in reference to Larsa. Different followers and well-known mates stated Larsa seemed “Pretty” and like a complete “babe.” The video, which featured the opening to Drake‘s track “Indicators,” was really an ideal addition to Larsa’s Instagram Grid. However her sport on the social media platform has been very sturdy for fairly a while.

Previous to the video she posted on June 24, Larsa proved that she remains to be the reigning bikini queen with the above put up on May 26. Within the photograph, followers might see Larsa posing in a pink string bikini with a floral design. The mother-of-four stood atop a luxurious yacht whereas exhibiting off her summertime look. “Wakened counting my blessings,” she started the caption to her put up. “Hope your day is stuffed with love and lightweight,” she concluded, including the hashtag “yacht life.” Followers have been loving Larsa’s social media content material and we can not wait to see extra from her sooner or later!