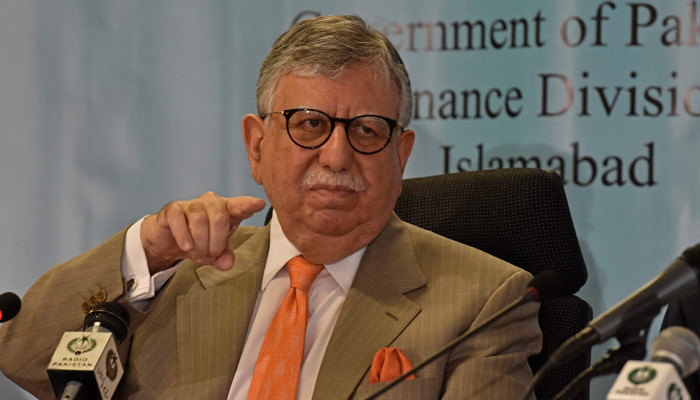 Finance Minister Shaukat Tareen stated Thursday he had been misquoted as saying that the Worldwide Financial Fund (IMF) had given concessions to Pakistan due to the US.

Tareen, addressing a press convention in Islamabad to current the Pakistani Financial Survey for 2021-22, stated that the US had, nevertheless,  put aside some funds for Pakistan for navy coaching.

In any case, Pakistan had made it clear to the US that it didn’t want funds from Washington; reasonably, Islamabad seeks to advertise commerce with the nation, he stated.

British journal Monetary Occasions had quoted Tarin as saying that “navy cooperation with the US over America’s withdrawal from Afghanistan had given Imran Khan’s authorities ‘some area’ to delay unpopular IMF reforms.”

“What we don’t want is extra burden on our poor folks,” stated Tarin. “We’ve got been speaking to the American officers, and so they’re prepared to assist,” FT quoted Tareen as saying.